The first time I visited the West Coast of the South Island of New Zealand, it was to visit a bach (what we Southern Kiwis call a crib or small holiday home) that my father had shares in. I was not impressed with the trip. It took over six hours of driving, and it rained continuously. Occasionally we would stop to take a photo beside a quirky creek name signpost, but mainly I was stuck in the back of the car with a wet dog and staring out a blurred window. When we finally made it to the bach, we discovered the lock had been changed and we couldn’t get in. We had driven all that way for nothing. Being stuck inside the car for so many hours meant I was rather desperate to use the bathroom, so my father directed me to the only one available. I walked a few meters into the dense bush to find a hole dug into the ground, (such bathrooms are referred to as long drops) two logs laid either side of the hole, and a plastic toilet seat balancing between them. At the tender age of around 12, I was not impressed.

The second time I visited the West Coast was shortly after I got engaged. A little older and a little more mature, I was able to appreciate the place for the beauty it had to offer. Still, I wasn’t thrilled by the numerous sandflies.

When my children were still babies, we would go over to the West Coast each year for either the Whitebait or Salmon seasons. My father now owned his own bach, and with the help of mosquito nets and plenty of repellent, it was bearable.

Once the children were a little older my experiences of the West Coast changed. I was able to get out and about more often instead of being stuck inside. I would spend hours white baiting (with the company of a good book,) exploring the surroundings areas, as well as cooking dishes with my Dad in the old coal range. For me it was a place time had forgotten. There was no internet and no cell coverage. When you wanted a shower you had to walk outside and pump the water into the tanks. We were lucky with our toilet as we had one that flushed. It was outside and a midnight visit meant you could stare up at the inky night sky awash with stars that are simply not visible near a city. Washing was dried by hanging outside on a line, or when it was raining (which was often since it is a rain forest) it hung over the coal range. My husband, my two children and I all slept in one small room. There was a set bunks, and a double bed that sagged in the middle, crammed into it. Power was only available via solar panels or batteries, so even things like lighting was kept to a minimum. There was no microwave, no kettle, just the coal range and a gas cooker. This did not hinder us in any way, in fact my Dad managed to cook an entire Christmas Dinner in the coal range. I grew to love the place.

It was while I was over there that I got the inspiration that this could be the setting for the Protected Area. It made sense to me being one of the most stunning places to capture the beauty of New Zealand.

There are many references to various parts of West Coast life in Girl Behind Glass. There was no way I could squeeze in every aspect I hold dear, but I did get in a few.

There is a scene where Willow and Luke visit the beach. It changes Willow’s perception of what a beach could be, and when I visited there I got a feeling of extreme loneliness. But it was not an unwelcome feeling, it was not a feeling of sadness, it was a stillness in the face of such strange beauty.

Below are some photos I have taken while on these trips and well as some excerpts from Girl Behind Glass. 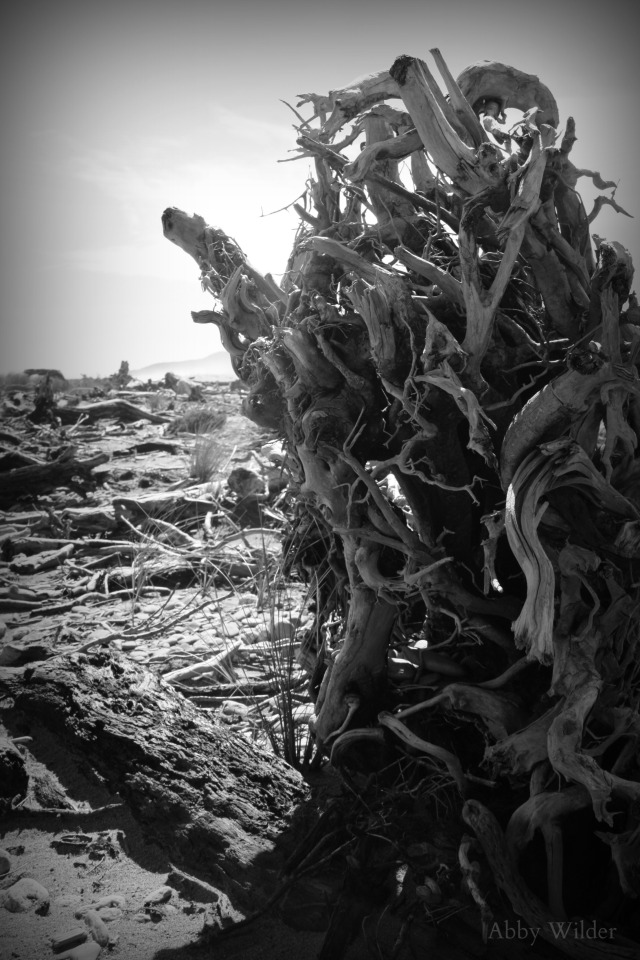 The ocean is shielded by a large, wire fence that extends as far as I can see. The criss-cross pattern of the wire cuts into our view, but it is still stunning. The sun is setting over the ocean. Waves crash onto the grey, gravely beach. Twisted driftwood lies scattered on the stones, washed up during the last high tide. Everything is shades of grey. The water is dirty grey, apart from the frothy, white caps. The sand, the stones, the driftwood, all tinted in the same wild grey. The only splash of colour comes from the rays of the setting sun. I hold my breath.

“Not bad, huh?” Luke sits down. He picks up a stone and throws it far over the fence and into the waves.

“Not bad at all.” I sit down beside him, still a little awestruck at the foreign landscape. “When I pictured beaches, I always pictured blue water, white sand, palm trees. But this is so different . . . it’s a desolate wilderness.” 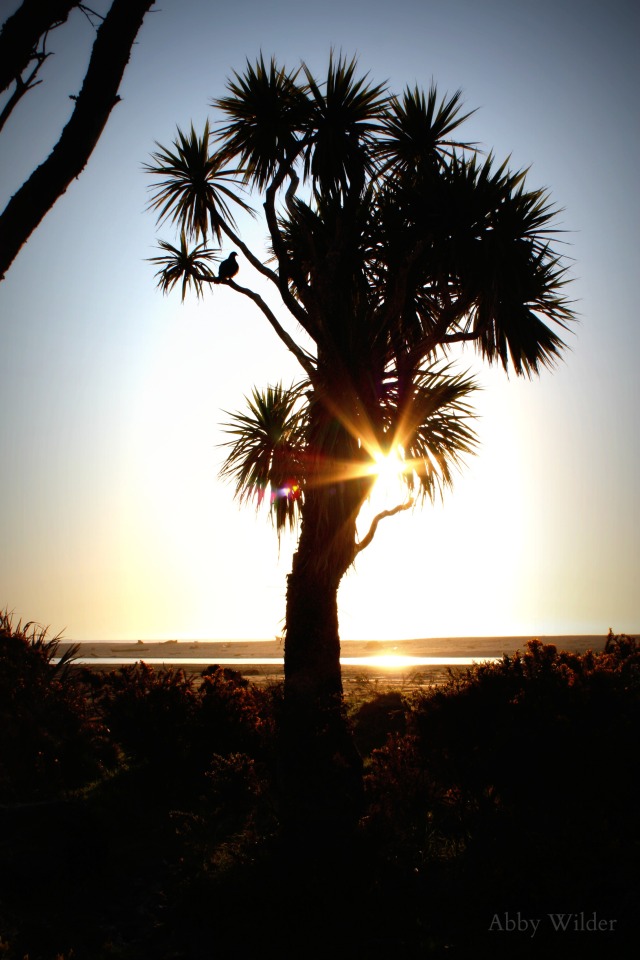 “No palm trees around here, that’s for sure. Cabbage trees, but not palm trees.”

“Cabbage trees?” I ask, confused. Something in the back of my mind tells me cabbages don’t grow on trees. “Are you having me on again?”

“Oh. No, not cabbage trees as in trees that grow cabbages. That’s just what they are called.” Luke’s mouth starts twitching.

“I’m not.” He wipes the smile from his face and tries to look serious. But it doesn’t work, and soon the smile cracks over his face again. “Cabbage Trees,” he repeats between chuckles.

I pick up one of the grey stones from the beach and roll it between my fingers. On closer inspection, the stone is not merely grey at all. Instead, it is flecked with silver and pink. I pick up another. It is a dull, dark green . . .

In another scene, Luke takes Willow deep into a cave where there is a cavern filled with some of the most pure water in the world. While this exact place does not exist (that I know of) the Blue Pools show the unpolluted clarity of the water.

Just last year, while writing Girl Behind Glass, our bach on the West Coast was sold. I’m not ashamed to say I cried. I had grown to love the place and I was surprised by my attachment to it. We will still get to go there (and hopefully keep catching delicious white bait) but I hope that some of the small descriptions in Girl Behind Glass provide you with a brief glimpse of this place that I love.

One thought on “The Protected Area – My Inspiration”